Since their emergence
over 200,000 years ago, modern humans have established
homes and communities all over the planet. But they didn’t do it alone. Whatever corner of the globe you find
homo sapiens in today, you’re likely to find another
species nearby: Canis lupus familiaris. Whether they’re herding, hunting,
sledding, or slouching the sheer variety of domestic
dogs is staggering. But what makes the story of man’s
best friend so surprising is that they all evolved from a creature often seen as one of our oldest rivals: Canis lupus, or the gray wolf. When our Paleolithic ancestors first
settled Eurasia roughly 100,000 years ago, wolves were one of their main rivals
at the top of the food chain.

Able to exert over 300 lbs. of pressure
in one bone-crushing bite and sniff out prey more than a mile away, these formidable predators didn’t have
much competition. Much like human hunter-gatherers, they lived and hunted
in complex social groups consisting of a few nuclear families, and used their social skills to
cooperatively take down larger creatures. Using these group tactics, they operated as effective
persistence hunters, relying not on outrunning their prey, but pursuing it to the point
of exhaustion. But when pitted against the similar
strengths of their invasive new neighbors, wolves found themselves at a crossroads. For most packs, these bourgeoning bipeds represented
a serious threat to their territory. But for some wolves, especially those without a pack, human camps offered new opportunities. Wolves that showed less aggression
towards humans could come closer to their encampments, feeding on leftovers. And as these more docile scavengers
outlasted their aggressive brethren, their genetic traits were passed on, gradually breeding tamer wolves
in areas near human populations. Over time humans found a multitude of uses
for these docile wolves. They helped to track and hunt prey, and might have served as sentinels
to guard camps and warn of approaching enemies.

Their similar social structure made
it easy to integrate with human families and learn to understand their commands. Eventually they moved from the fringes
of our communities into our homes, becoming humanity’s
first domesticated animal. The earliest of these Proto-Dogs
or Wolf-Dogs, seem to have appeared around
33,000 years ago, and would not have looked all that
different from their wild cousins. They were primarily distinguished
by their smaller size and a shorter snout full of
comparatively smaller teeth. But as human cultures and occupations
became more diverse and specialized, so did our friends. 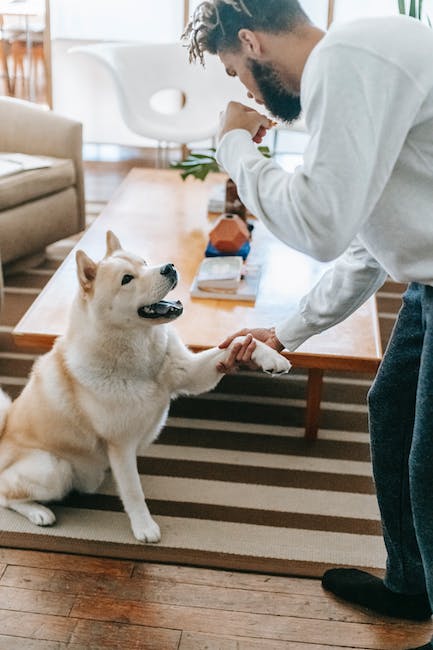 Short stocky dogs to herd livestock
by nipping their heels; elongated dogs to flush badgers
and foxes out of burrows; thin and sleek dogs for racing; and large, muscular dogs for guard duty. With the emergence of kennel clubs and
dog shows during England’s Victorian era, these dog types were standardized
into breeds, with many new ones bred
purely for appearance. Sadly, while all dog breeds are the
product of artificial selection, some are healthier than others. Many of these aesthetic characteristics
come with congenital health problems, such as difficulty breathing
or being prone to spinal injuries.

Humanity’s longest experiment
in controlled evolution has had other side effects as well. Generations of selection for tameness have favored more juvenile
and submissive traits that were pleasing to humans. This phenomenon of selecting traits
associated with youth is known as neoteny, and can be seen in many domestic animals. Thousands of years of co-evolution
may even have bonded us chemically. Not only can canines understand
our emotions and body language, but when dogs and humans interact, both our bodies release oxytocin; a hormone commonly associated with
feelings of love and protectiveness. It might be difficult to fathom how every
Pomeranian, Chihuahua, and Poodle are descended from fierce wolves. But the diversity of breeds today
is the result of a relationship that precedes cities, agriculture, and even the disappearance
of our Neanderthal cousins.

And it’s heartening to know that given enough time, even our most dangerous rivals
can become our fiercest friends..