CESAR: Sho 'Nuff was rescued
from a Korean dog meat market. But since coming to
America, he's been acting dangerously around other dogs. At my Dog Psychology
Center in Los Angeles, I can work with him
off-leash in a safe place. OLGA: I'm excited. CESAR: And hopefully,
take the next step in his rehabilitation. OSCAR: What's up?
CESAR: Welcome. OLGA: Hello. CESAR: Welcome. Let's go study him
inside the dog park. I want to see a little of
how he feels off-leash. OK.
OSCAR: Sure. Sure.
CESAR: All right. I'm going to have him
meet two of my dogs and show Olga and Oscar the
type of dog personalities they can target to help
Sho 'Nuff socialize.

I'm going to bring you a
very submissive dog, Holly. She's the beige Labrador,
and the other dog is Joe. I think Joe is like 13, 14
years old, so he's a senior. OLGA: Yeah. CESAR: So he has
a lot of wisdom. [music playing] [tsking] OSCAR: Wow. CESAR: Hey. OSCAR: Wow. CESAR: So I'm not telling
him not to engage with her. What I'm saying is that way
of engagement for first day is way too much.

Now, Holly will
never fight back. OSCAR: Right. CESAR: So there's a
perfect dog for a dog that is mainly excited. OLGA: Mm-hmm. CESAR: See, that's
a playful state. [chuckling] OSCAR: Yeah. CESAR: Now, we're
going to bring Joe. Joe is going to definitely
ask for more respect. OSCAR: Ah, Joe don't play that. CESAR: Yeah. I'm giving you the elder–
OLGA: Right. CESAR: –and the most sensitive. OSCAR: Yeah. CESAR: And so if you can
control your dog around that, then you can build on
age and sensitivity. OSCAR: Sure. Sure. OLGA: Yeah, Joe. OSCAR: Take– more
standing his ground. OLGA: Joe does not like that. Yeah. CESAR: There. Just so calm.
That's good. Yeah. OLGA: Yeah. OSCAR: Look. OLGA: Yeah. CESAR: When Joe and Holly
came into the dog park, I still had a whole
lot of apprehension because I've seen what
Sho 'Nuff has done, but it was an immediate
sigh of relief for us to see him interact with
Joe in a highly peaceful manner right away and
that he can do it. We just need to let him. Sho 'Nuff is doing so well,
it's time for his big reward. 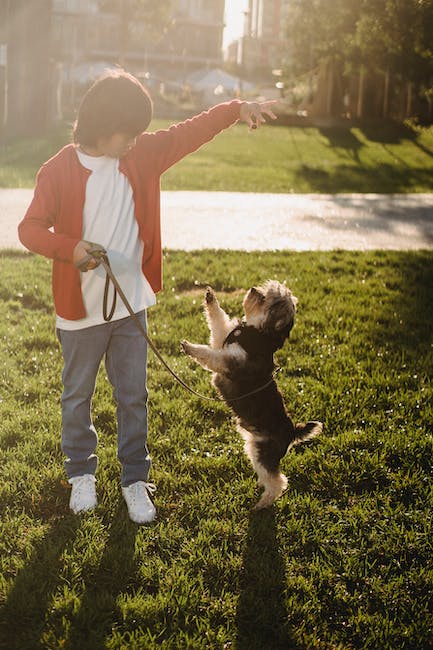 He gets to run
around with my sheep. [baaing] CESAR: And just enjoy the
natural excitement dogs get from sheep herding. OSCAR: I'll believe
this one when I see it. CESAR: OK. There. [music playing] [laughing] OSCAR: Oh, my good– CESAR: He's cutting.
OSCAR: Wow. OLGA: What? OSCAR: Wow. We have a herd dog. OSCAR: We got a
sheep-herding dog. OLGA: What is going on here? I never thought that Sho 'Nuff
would be herding sheep today. I am still in shock about that. [laughing]
OSCAR: I was 100%– OLGA: I had no idea.

OSCAR: –convinced that Sho
'Nuff would attack the sheep, and that Sho 'Nuff
would be staying here for a couple weeks.
CESAR: Nice. OSCAR: He didn't
even try to bite him. CESAR: No. OSCAR: And he just
gave them respect. CESAR: It's incredible. OSCAR: This is the best day
of Sho Nuff's life, no doubt..