Don't make the first time, the worst time when it comes to
your puppy's first toenail trim. Welcome back to McCann Dogs.
I'm instructor Shannon. And today we're gonna talk about your
puppy's first nail trim. and I get it, you're probably a little bit
nervous about the process, but it doesn't have to be scary at all. And Storm here is gonna
help show that today. Now we actually had a very different video
planned to film with puppy Storm here today. But when we picked her
up to borrow this morning, her owners let us know that
they've never cut her nails yet.

And she's desperately in need and nail
trim. So we decided to change lanes. And today we're gonna work on
Storm's very first nail trim. I know what you're thinking. You're thinking that we're going to
take the nail trimmers and go right at Storm's nails and just start
clipping her nails, which, that might work out okay. Depending
on the puppy you're working with. But most of the time that is going
to lead you down the wrong road. And it's gonna set your puppy up
to be nervous about nail trims. So we're gonna start slow,
right from the basics, and we're gonna build her confidence
as we work on trimming her nails. The first thing that I'm going to do is
make sure that I have some currency to work with with Storm. So I've actually got her ration of
kibble here that I'm gonna work with. I might need to have something a little
bit higher value if she starts to get a little bit more uncertain about this
process.

So we'll see as things go on, but for now, I'm gonna try
working with her kibble. And really this is a
fairly new process for her. She wasn't quite sure on how to lure.
She was having a hard time, even just following that food. So the first thing I'm gonna do is teach
her that following that food results in her, getting that food. Yes.
Good girly. Aren't you so smart. And now I have some things to work with
where I can start to work on touching her paws to help her get comfortable with
that as the first step in the process.

And I've got food that I can
use to help her along with that. So the first thing that I am going to do
here is start to work on associating my touch of her paws with that kibble coming.
So I've got the, I've got the food. I'm gonna put it right on her
nose. And as she's nibbling, I'm just gonna gently touch her paws.
Yes. Good for you. Whoops. Get that. It fumbled. And I'm gonna do that
a couple of times repetitively, just to build her confidence in the idea
that me touching her paws is not a bad thing or a scary thing at all. I'm
gonna work on separating her toes. Yay, good girly. And she's just getting a nice little
ration of kibble as she figures out that me holding onto her paws
is not a bad thing at all.

She tried to pull away a little bit there. I just held on very gently just
to that resistance a little bit. And then when she stopped with
any of the fussing at that point, I released the kibble for her. Now, again, this is my puppy's first time
with this nail trim exercise. And probably my P's first time
having tho having her paws handled, and even being part of this process.
It might be your first time as well. And that's okay. We want you to get
comfortable alongside your puppy. So doing this handling work with your
puppy is really gonna set the pace and set the tone for you
moving forward. Once my puppy is showing
that she's comfortable with
me handling her paws as she eats those treats, what I'm gonna do
is involve the clippers a little bit, because this might be a completely
different situation for my puppy. When I bring those clippers out and
start using those to touch to her feet, she might suddenly become
a little bit more nervous. Maybe you are the one that's nervous
about doing your puppy's nails for the first time.

And I've got a great
secret to help build your confidence. That's coming up a little bit later. And it may seem like I'm taking a long
time trimming these toenails right now, but this is an investment
in future success. And once I get down to the point where
my puppy is really comfortable with this, it's gonna be easy for me to trim her
toenails from start to finish. If I put the time in now. The next step that I'm gonna work with
my puppy is bringing the nail clippers into things. So I've still got my food.
I'm still gonna be helping my puppy. And as I'm doing that, I'm just gonna be
touching the nail trimmers to her feet. I just want her to get
comfortable with this step, not worry about those nail trimmers
coming near her.

And basically, I'm working on building a nice positive
association so that she learns these nail trimmers bring great things. I wanna make sure that I am also putting
focus on the back feet because of course there's gonna be back toenails
that I'm going to need to trim as well. So as she's nibbling, I'm gonna do the
same sort of work with her back feet. First, start by just touching, separating her toes a little bit.
And then once she's shown that she's comfortable with that, I can
bring my nail clippers into play, and I can just take some time to rub her
feet and let her know that this is not something scary at all. And it's something that actually comes
along with really lovely kibble treats. Isn't that lovely? The nice thing about doing
this at mealtime is that
I'm using her kibble ration, and I don't need to worry about
feeding her too many treats with this. 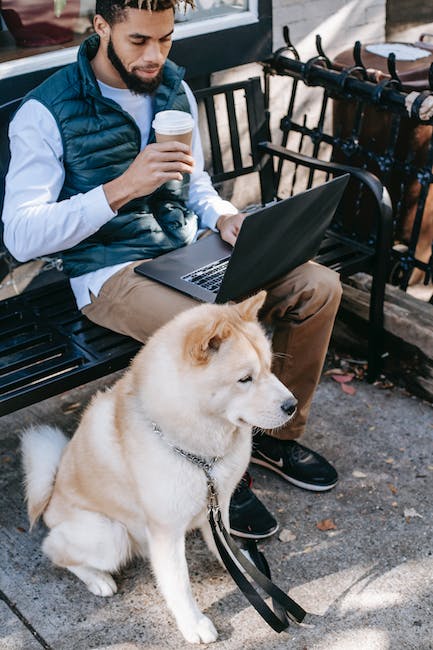 If I wanted to use some higher value
treats to build a little bit of a more positive association quickly, or if she was a little bit
finicky about the kibble, I could go to a higher value treat, but
if she's happy to work for her kibble, I'm happy to use that
kibble ration for this work. I've trimmed a lot of puppy toenails.
You might have even seen some of those videos on our YouTube channel before,
and I feel pretty confident doing this, but you might not feel quite as confident
doing it. I've got a great secret. That's going to help you get some practice
in without needing to involve your puppy. And that's where
spaghetti comes into play. I really like spaghetti because I can
simulate a Chihuahua sized toenail or a bigger breed sized toenail. And I'm going to focus on working at
cutting off tiny little bits at a time, because remember you can
always take off more, but once you've taken off too
much, it's a little bit too late.

So I'm gonna concentrate on lining
things up just to the point where I'm comfortable with just a little bit
of the end that I'm gonna take off. And then I'm gonna get
comfortable with snipping. I've talked in other videos about getting
in a specific angle with the cut so that you can shape the nail nicely. And that's another nice
benefit of spaghetti. I can work on taking my angles off and
I can work on taking that little bit of an angle off the top as well. Well, I put the bowl here to try to catch
some of these clippings, but clearly, that's not working out as planned. So
be prepared to have your vacuum out. If you do happen to cut into the
quick, in addition to not panicking, there's a couple of things you can do
to stop that bleeding fairly quickly. You might use a cold
compress.

If it's winter, you can take them outside in the snow and
just have them stand in the snow for a little bit. That'll help
to stop the bleeding a bit. You can use corn starch if you're in
a real pinch. And there's of course, commercial styptic powders that you
can pick up on the market to help stop bleeding as well. As well as silver nitrate sticks will
do a nice quick job of stopping the bleeding. Now I have added some extra value into
this situation by putting some peanut butter in a con.

And it's really important if you use
peanut butter that there's never any xylitol in the ingredient list.
Very, very crucial. What I'm doing here is basically
giving her an opportunity to get really interested in this little bit of peanut
butter and distraction so that I can then get a little bit further with my
nail trim process. So as she's nibbling, I'm just gonna take a hold of her paw. I'll make sure that she's comfortable
with me holding that there as she nibbles. I'm gonna line up my
clippers. If she pulls away, I'm gonna make sure that I let go with
the clippers so that I'm not snagging her nails, but once I'm comfortable and once
the nail is nice and steady, whoops, you lost your Kong there. Try that
again. Once the nail is nice and steady, I'm going to close the clippers and then
just take a tiny little piece off of there. Now she was a little
bit fussy at the end there, but that's okay.

I got that little clip
done and she was just reaching for her Kong. So what a good job, good girly. Because this is Storm's first
time with a nail trimming session. I wanna make sure that I don't
overwhelm her and I don't overdo it. So I've gotten a couple of toenails
trimmed, and I'm happy with that for now. I'm actually gonna leave it
and let her take a break. And I'm gonna come back to this in a
couple of hours and do a couple more nails so that she can ease into this process.

Storm is pretty settled and she's just
decided to crawl up here and cuddle up in my lap. So I'm able to get
some more toenails done, but if your puppy was
to panic at this point, you would wanna make sure that you took
a step back and made it easier for them to build on success. Every puppy's
gonna be a little bit different, some puppy's you're gonna be able to
move forward a lot quicker than others. Always read your own puppy.
And if they're panicked, take it easy to make the
process simple for them. Now, today we have been discussing the scissor
style trimmer and introducing those to Storm, but this might not
be the right tool for you.

If you'd like to explore some of
the other options available to you. Check out this video right here. If you're ready for some personalized
guidance and help with your puppy, come and work with me and the rest of the
McCann instructors in our online Puppy Essentials program. Check out the
link in the description below. And on that note, I'm instructor
Shannon. This is Storm, happy training..