♪ Pet ♪ (uplifting music) – Hi, I'm Jen and this is Deacon and he's a little baby puppy, he's about four months old, and so he is doing some boarding up at the main kennel right now, but he's also signed up for a couple training sessions with us, down here in the Training
and Wellness center, while he's boarding. So the program that he's
doing is called Charm School. So a couple things that
Deacon is working on are just basics, like
sit, and recall and come, but a big focus of Deacon's training (clicker clicks) is gonna be loose leash walking. So today we're gonna just
show you a little bit of some of the loose leash walking basics that we use during training. One of the most important
things to remember about loose leash walking is that it's not a
natural behavior for dogs, and so it's really something
that we've gotta train, and reinforce and practice with them in low-distraction environments first before we can expect them to give it to us out in the real world, so in a distracting,
stimulating environment, with lots of smells, lots of sounds.

Come here buddy, come here. In order to create a polite
loose leash walking behavior, what we have to do is
create a deep history of positive reinforcement
for staying with us, for staying in the position
that we want them in. We've gotta build enough
of a reinforcement history with that position, to compete with all the
stuff going on around us. The way we do that, is first, by training some basic foundation skills in low-distraction environments. I've never met this dog before, I just met him about a couple minutes ago and so you're really
gonna see sort of just a start from scratch training
thing, here with him.

First thing I do before I start
any sort of training session is a little warm up so I'm gonna just run
through that really quickly. So the first thing I would do would be to play a little bit of find it, so I'm gonna toss a treat
out, ask him to find it. That's a little scent and search activity, kinda get him warmed up. I'm just gonna do about
10 seconds of that. Find it. Where'd it go? Come on. There it is. Good boy, you ready? Find it. Good, so this is creating some positive emotional
associations for him, with working with me, find it, and being in this space 'cause this space is also new to him. Find it. And so I wanna point something out here. He's got a really nice little default sit, he's obviously been reinforced
pretty often for sitting and so he keeps offering that to me, so that's a really nice little behavior.

Default sits are great, great
thing to set up with your dog. But sometimes what you see with a really heavily reinforced behavior that might be his only
heavily reinforced behavior at this point 'cause he's so little is that that's the one that
they tend to fall back on over and over again. So when you're trying
to train a new behavior, sometimes with a dog, who doesn't have a lot of
behaviors in the toolbox, he'll just keep offering you the one that they've been reinforced for the most.

What we can do with Deacon,
is build some new behaviors so that we also create a deep
reinforcement history for us so he can offer those to us as well. The next thing I'm gonna do is I'm gonna introduce
the clicker to Deacon. I'm gonna use the clicker
as a marker for behavior. What that means, is I'm
gonna during the behavior that I like and then reinforce it. What the click does, is it tells Deacon which behavior is earning reinforcement. But before I can use it as a marker, I need to create some meaning and value for the clicker, for him, so I'm gonna pair it with treats. So all I'm gonna do is
just about five of these, I'm just gonna click, treat, click, treat so I'm doing that classical
condition and procedure where I'm pairing the
sound with the reward.

The first step of loose
leash walking training is to make sure that you
have the right equipment for the dog that you're working with. With little Deacon here, he's
working really well with me, he's not pulling too much and we happen to be in kind of a lower distraction environment, so I'm probably just gonna
use his regular collar and this leash. If he were to pull quite a bit, I would then use a management tool like this front-clip harness. The way a front-clip harness works is that it fastens under the dog's tummy and then on his chest. The leash clips right on this center ring so when the dog pulls, it just kind of gently redirects their motion off to the side and actually changes
their gate a little bit so they're not pulling as much.

What we would never wanna
use with a dog who pulls is any sort of aversive equipment, so prong collars, choke
chains, shock collars, things like that. What happens when you
use aversive equipment, is that it tends to create a lot of negative
side-effects for your dog. So it can create anxiety, fear, it can create negative
emotional associations with whosever walking the dog or things that are out in the environment when they're getting
poked by the prong collar or choked with the choke chain, and it's just really unnecessary. The key to loose leash
walking is really teaching, and practicing and reinforcing
the behavior that you want rather than punishing the
behavior that you don't want. 'Cause when you're punishing
your dog for pulling, you're not actually teaching them anything and you can create a lot
of other negative affects. We are not going to use
this front-clip right now, so I'm just gonna toss
this out of the way. 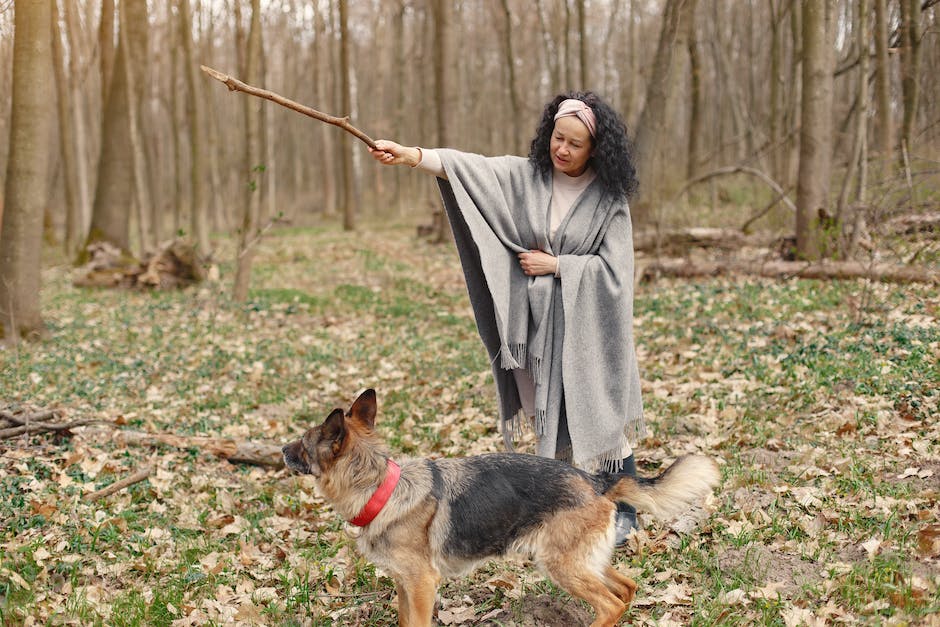 Yeah, where did that go? (lips smacking)
Come here, good boy. I'm gonna start by teaching
Deacon where I want him to be. I would like him to be
over here on my left in kinda of a more formal heal position. I'm gonna bring him over
here, I might use a lure or just my hand. Once he gets to this side, I'm gonna mark and reinforce him for being there. I might ask for a sit or he
might just offer it to me 'cause he's got such a
nice little default sit, or I might just mark him in a stand. (lips smacking)
Come over here buddy. Good boy. (clicker clicks)
Good. That's nice. Gonna do that one more time. (lips smacking)
Come on buddy (clicker clicks)
Good. So he's starting to realize that he gets reinforced on my left side.

Come on buddy. (lips smacking) (clicker clicks)
Good. That's very good. I'm just gonna move around
with him a little bit, (clicker clicks)
good job, and I'm gonna keep marking
and reinforcing him. After walking around
with Deacon a little bit and just really reinforcing
him for being on my left side, so another thing that I want to remember to reinforce him for is any of those little foundation skills that we did during the warm up. So responding to his
name, checking in with me, all that kinda of stuff. So he's got such a
strong little default sit he just keeps offering this
sit to me, I'm gonna work on just creating a couple
other little behaviors that I can ask him for that I can reinforce
when we're out on a walk.

What I'm gonna do with him right now is create a little nose
touch, so a target behavior. So I'm going to present my hand, just kind of right in
front of his little nose. He's gonna lean forward
and probably bump my hand, I'm gonna mark and reinforce that, and then I can use that
little targeting behavior out on walks, to kind of
keep his attention on me, if I need it. So I'm just gonna present my hand right in front of his little nose. He's probably gonna lean
forward and bump it. And if he does, I'm gonna
mark and reinforce that. (clicker clicks)
Oh, so he also offered me a little paw which I didn't actually wanna click, but I did click it so hopefully I haven't
changed those behaviors. I'm gonna see if I can
just get a nose touch instead of the paw.

So come front's just kind
of another little behavior that you can put in your
loose leash walking toolbox. So loose leash walking training can often kind of be a
little bit frustrating, sometimes we get frustrated with our dogs and so it's really important to build this for them from the bottom up. And remember, that this is
a difficult thing for them, it's not a natural behavior. It's something that we
really need to teach them. So always remember to start in
a low-distraction environment and really build some of
these foundation skills before you take your dog
out into the real world and expect them to be able to perform. So just keeping in mind all
the things that we covered and I hope you have a good walk.

Worst Pulling Dog I Have Ever Seen

3 Wins You Need With Your Puppy EVERY NIGHT Before Bed!

Teach A Dog To Stop Pulling In One Session