Tell me, if this sounds familiar, your puppy training experience
has had its ups and downs. Some days you felt like you were winning
others made you question whether or not it was a good idea to even get a puppy.
But after everything was said and done, you felt like your adorable
puppy was starting to learn. You started seeing your dog
sitting when you asked them to sit, they were coming when you called them. And it almost seemed like they loved
listening to you.

And then it happened, even though they know their name,
they just weren't responding anymore. Even though they knew not to pee in
the house, they started doing it again. Even though your puppy was an angel
outside, when you were on walks. Now, it seems like you're walking
a little Tasmanian devil. They're just not
interested in you anymore. And it seems like they're pushing every
single boundary just to see how you'll respond.
Now, some of this may be true, but there's a couple things
that you need to know about.

There are two important developmental
thresholds in your dog's life. The first one is around the four-month
mark. When you start to think about it, it should come as no surprise. I guess that your puppy's starting to
act a little bit differently before four months you are or should be the
center of your puppy's world. You're spending lots of time with them. You're focused on helping them to
avoid making mistakes and you know that they're going to need to
be supervised. Otherwise, your puppy's gonna get into all kinds
of trouble, even in a quiet, prepared, and safe environment. But the reality is they haven't ever
really been faced with any real-world distractions. You've been kind of
controlling the world around them. And this is a really important part of
that puppy training phase.

This is a time with your puppy that allows you
to pattern the right behaviors, and it allows you to teach them to
respond to their name so that every single time they respond, they're 100%
successful with their training. As your puppy enters this
first developmental period. I really want you to understand that now
that you're able to go out and do more with them, they might not be ready
for a bunch of new challenges. Your puppy might know to
respond to their name. When you're in a quiet environment,
they might know to park their butt.

When you say sit, but when you're out in, in the real world with all these new sites
and smells and things that are around to, to, to take their focus
and attention off of you, you're gonna have to take a few
steps back in your training. If you change the
location of your training, you need to make it easier for your
puppy to be successful. And for most puppies, the 16-week mark is an exciting time
because they start to have access to more interesting environments.

At seven months, your dog is
likely a little bit bigger. They're a little bit stronger than
they were before. And at this point, you aren't really focused
on training anymore. You feel like you've been
through most of that. You've seen them do the things
that you want them to do. And they're pretty good
at most of those things. They're pretty good at
listening most of the time, but there's often one problem
behavior that really stands. Out. Maybe it's barking or jumping. Maybe
it's pulling on-leash, uh, maybe it's, uh, chewing on something in your home or
could even be something like they started having accidents in your home again.

Now I want you to avoid using the
excuse that it's just the teenage phase. When it comes to solving your training
problems, you have two options. You can either make excuses
or you can make changes. So let's talk about the changes
that you're going to need to make. You probably had pretty high
expectations at the beginning. You probably had a lot more
control at the beginning. Your puppy always had a leash or a house
line or something on so that you knew what to do when they didn't respond.
But now your dog's seven months old. It's important to understand
it's important for them to
understand that the come command doesn't just mean, come
back to me when I'm in the backyard, it means the same thing everywhere. You
can't let your dog learn that it's okay to ignore you sometimes. And this is
where a lot of people really struggle. If you feel like you're struggling
with skills like listening, you need to make the
right decision to train. 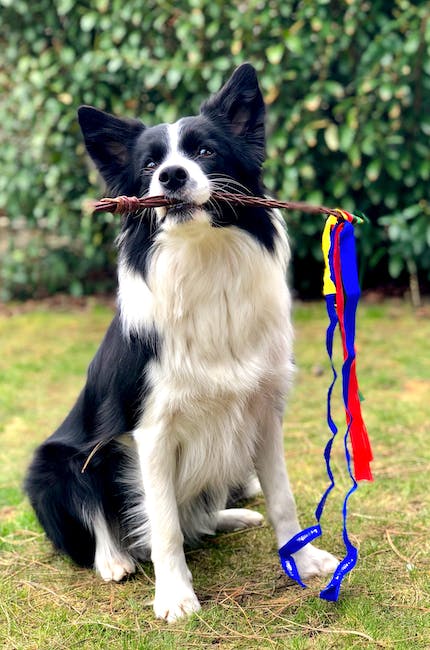 That means that your dog is back on a
leash or back on a long line so that you have a plan. You, you have some, some way of following through
when they don't respond. And it's okay if they don't
respond. Because at this point, you're ready to turn this
into a training moment. Your dog's quickly gonna learn that
there are times when they must listen, but you can't let them think that they
only have to listen when they want to. This is so, so common for people that
say, ah, he just stopped listening. Well, maybe that's because they have allowed
their dog out in the backyard and they've called them over and over and over again, without thinking that
this is a training moment, this is a time when I need to get out
there and show them what it means.

And with your dog, learning
some of these bad habits, they're learning that
that is the response. They don't have to come
when they're called. It's really important that at this stage,
especially you're focused on training. Dog training is a dynamic process. And a lot of the skills you've taught
your puppy are perishable skills. So if you aren't acknowledging the
good responses once in a while, your dog may start to see them as less
valuable and whether they respond or not to them. So if you call your dog's name in a busy
environment and they turn back to you and happily come running
back, what are you doing? Randomly rewarding your dog at this stage
in their life is a great way to remind them to put in that little
bit of extra effort. When's the last time that you rewarded
your dog for something great? I, I don't mean just giving them a treat
maybe for your dog. It's, uh, a toy. Maybe it's a game of tug of
war. Maybe it's a game of fetch. Maybe it's just pet and praise, or
maybe it is their favorite food reward.

But whatever that thing is, the simple fact that you're acknowledging
the effort means that you're more likely to get it again. And if there's
some skill that your dog is, uh, inconsistent at during
this stage of their life, set up the training experience and
reward the good stuff more often. Puppy owners often gauge their
success or failure depending on their dog's age. You know, can
they sit by this age? Have they stopped having
accidents by this age? But just because your dog is now seven
or eight months old doesn't mean that they can't have potty training
issues that come up. Or. Jumping problems that, uh, you
know, come out of the blue. What's really important at this
point is what you do about it. I mentioned the word freedom earlier. And when it comes to your
dog's training problems, it's important for you to
understand that freedom is earned. Regardless of your dog's age, if they're sneaking away every once
in a while to pee in the living room, then you need to manage them better.

They can't be given the freedom to
be in that location unsupervised. Now you might think, and I sometimes hear people say that
their dog's peeing in the carp on the carpet to be defiant, or that they've started chewing on things
in your home because they're somehow mad at you. But that couldn't
be farther from the truth. The reality is that because
of a lack of information, they've discovered that it
feels good to pee indoors, or they've discovered that your gym
shoes taste good. Who knows why. In the absence of good information
and because it feels good, they think that that is the right
choice. So to avoid your dog, being able to rehearse some
of these unwanted things, you're going to wanna start scaling
back some of those freedoms.

Using your crate more often will keep
your dog out of trouble using things like baby gates to restrict your dog's
access to places where they can get into trouble. It doesn't really
matter how old they are, or the fact that they never
used to chew on your shoes. You need to focus on the stage
that they're in right now. And that stage is the learning
stage. If they're not listening, when they're outside, then it's time
to use your leash or a long line. If they started to jump up on people, then it's time to use a
leash or have your, uh, dog drag a house line so that you can
train through this stuff.

This is likely the most important time to give
your dog great information. You need to show them exactly what
you're going to expect for the next five, 10, maybe 15 years with them. And you wanna be a good coach
for your adolescent dog. The best way to do that is to understand
the skills that they're going to need a little bit of extra practice in and to
set them up so that you can train through these problems. Socialization is a popular
topic when it comes to dog training. And if you are struggling
to help your dog, see you as someone who's
worth listening to, you need to be making great
choices with their socialization. We recently talked to instructor
Meg about her new puppy, and she discussed some of the things that
her puppy found really valuable during the teenage phase. And she recognized that she'd made a
couple of mistakes when Meg realized what those mistakes were. She quickly made a couple of changes to
get her training back on track now so that you don't make those same mistakes.

I want you to watch this video right here. If you're looking for
some personalized support, that's specific to you and
your dog training needs, and you want some help from me and
the McCann Dog team of instructors, click the link in the description
below to our life skills program. On that note, I'm Ken happy training..